Did you know as an OEC member, you have been capitalizing on the benefits of solar power for the past year without the drawbacks of actual solar panels on your home and without a subscription fee? You might be surprised to learn that data  collected from the first year of operation for the OEC Solar Garden shows it powered more homes than expected at a lower-than-anticipated cost.

This innovative approach to large-scale solar power has proven to be a win-win for OEC and its members.

“A year ago, the Solar Garden in Norman and Solar Farm, a 40-acre facility near Tuttle, were coming online, and we weren’t exactly sure what would happen to the price of the solar power being generated,” said CEO Patrick Grace. “The operation of the Solar Garden and the price of its power has exceeded our expectations.”

The Solar Garden, located at Interstate 35 and Highway 77 in Norman, generated enough electricity in July 2017 to power 31 homes for the entire month. OEC engineers originally thought it would power about 20 homes at its peak.

“Not only is the Solar Garden outperforming what was initially planned, it’s producing the most electricity when members need it the most — those scorching summer afternoons,” said Grace. “That timing coincides perfectly with WFEC’s (Western Farmers Electric Cooperative, OEC’s wholesale power supplier) peak-producing time, which ultimately determines our demand and could influence our rates in the future.”

In addition, the cost of solar power has drastically decreased in the past year. In August 2017, solar power cost 4.182¢ per kilowatt hour (kWh). Today, its cost is considerably less, mostly due to its peak operation time being the same time as our peak energy demand.

“What’s most unique about each of our solar facilities is they allow us to provide renewable energy to members so the consumers themselves are not burdened with significant capital investments and the upkeep required to maintain solar panels on their individual properties,” said Grace. “We’re also offering this clean energy to all members without requiring them to pay a hefty, per panel subscription fee, which seems to be a trend in the industry.” 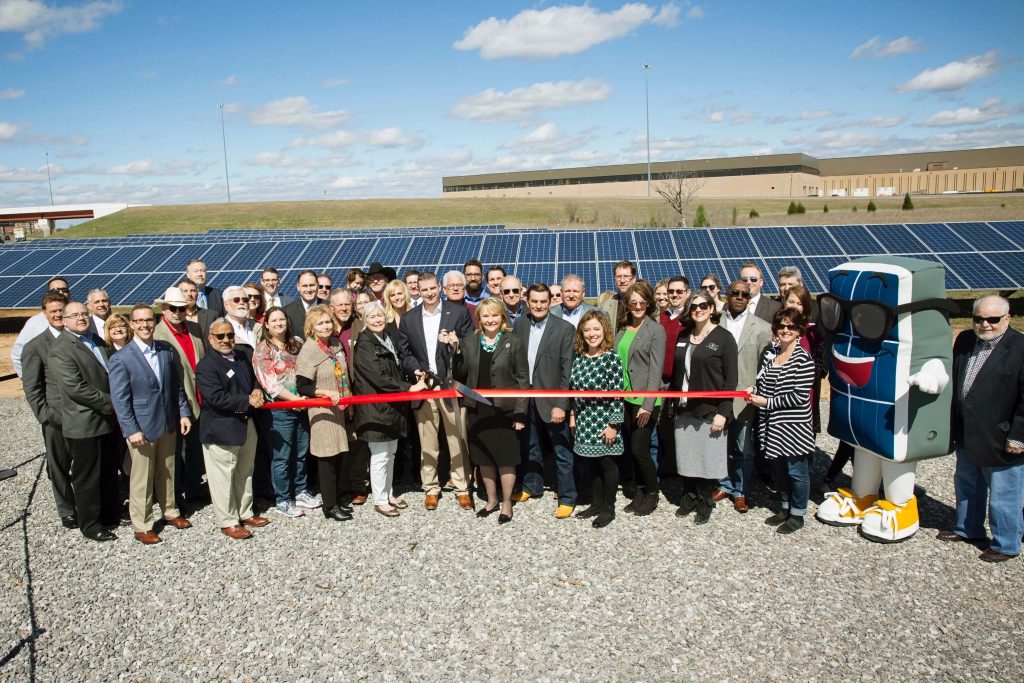 Everything You Need
FROM MY OEC